By Carlota Cazalla | Medición | No Comments

Vitoria – Gasteiz, Donostia – San Sebastian and Bilbao are preparing their main festivities Aste Nagusia and we at in2destination have decided to use our own in2pricing solution in order to analyze average price and availability for entire homes and hotels for the key dates of each festivity, as they do not happen at the same time, so that you can enjoy them all! 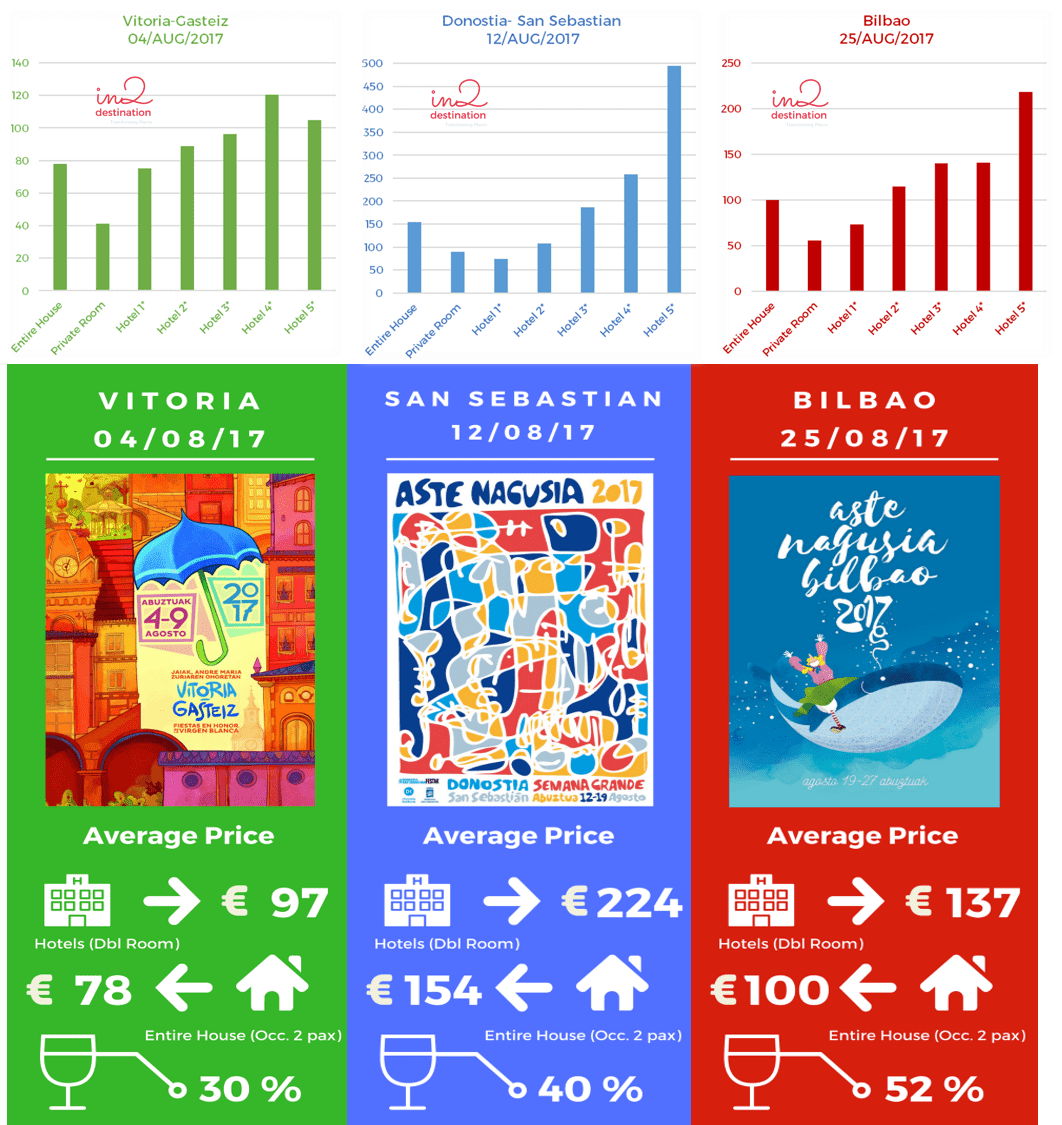 Vitoria – Gasteiz has been analyzed for August 4th as the tipping point of Aste Nagusia. Data collected in July 17th shows a 30% availability of airbnb entire homes with capacity for two people and its average price is 78 € similar to one star hotels. Moreover, the cheapest average price is offered for airbnb private rooms and the most expensive for booking four-star hotels.

Donosti – San Sebastian has been analyzed for August 12th, as the big day of Donostia´s Aste Nagusia, also collecting data on July 17th. The cheapest average price for that date is offered for one star hotels and the most expensive is for five star hotels. Airbnb entire homes, with capacity for two people, are offered at a rate in between two and three star hotels and the 40% of them are available.

Finally, Bilbao focus is on August 25th. The cheapest average price is offered for private rooms and the most expensive for five-star hotels (lower rate than Donosti).  Airbnb entire homes with capacity for two people are offered at a slightly lower rate than two star hotels and 52% of them were available on July 17th.

It should be noted that regarding availability each destination has been looked at with less or more time in advance, which clearly affects its availability rates.

in2destination is proud of the impact these weeks have on hotel occupancy of our Basque region, we hope around 100% occupancy rate is reached.

Aste Nagusia of each and every one of the three Basque capitals is very popular among us residents for six or seven days in a row festivities but also, each year, it is gaining more and more attention from visitors.  If you are on holidays those weeks do not hesitate to come to Vitoria, Donostia, Bilbao.